City of Cotton Textile, Matsusaka, well-known for the production of Matsusaka Beef, is located in the center of Mie Prefecture.  Once flourishing as a town producing wealthy merchants representing Japan during 17th century, Matsusaka is still one of the economy base of Mie.  Many wealthy merchants from Matsusaka started to make their fortune by selling cotton textile in Edo (modern-day Tokyo) in the 17th century.  Since 5th century.  Since early times, many weavers from the continent came to Matsusaka area and passed the art of weaving on in the area.  While they mainly wove hemp and silk fabric, cotton started to be grown in the bay area in this region in the end of the 15th century.  This area had geographic features suitable to grow cotton and genuine tradition and techniques for weaving.

Matsusaka Merchants lived along the main roads and could do their business freely, as in 1588 Gamo Ujisato set the new system for merchants after building his new castle and castle town around it and naming the town Matsusaka. At the beginning of the 17th century, Matsusaka Merchants expanded their business into Edo and Kyoto. At the end of 18th century, 50 owners from Matsusaka had their own stores around Nihonbashi, Edo.
Though the owners continued to live in Matsusaka with their families, they always had the authority over general management including personnel, and did so by letters. With the letters and the money sent to Matsusaka, the owners learned the trend and culture in life of Edo, Kyoto and Osaka, which made merchants’ culture in Matsusaka unique and distinguished. 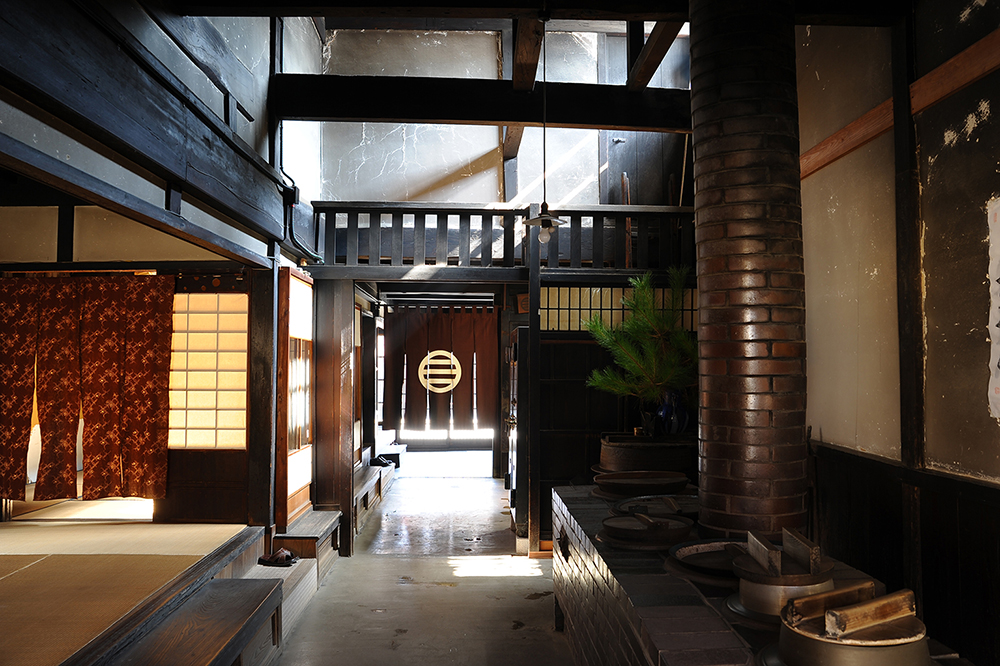 The Hasegawa’s started its business in 1675 in Odemma-Cho, Edo. Since then, they ran 5 cotton dealers in Edo. With the money earned through cotton trade, owners in Matsusaka enjoyed the luxury of literary arts, such as Haiku, Tanka, and Tea Ceremony. This Hasegawa Residence has reflected Wabi-Sabi (Japanese traditional aesthetics) – luxury and beauty in simplicity. You can find such simple but rich architectural and decorative designs and playful atmosphere both in the house and its garden, well-preserved and in use until recently (2012). 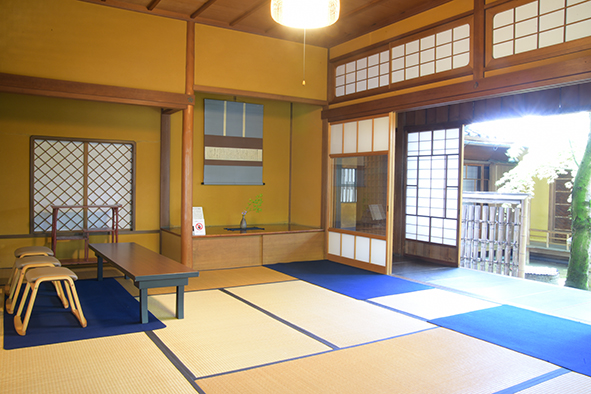 Tea is served with a piece of Japanese confectionary in the Taisho Zashiki for 500 yen including tax. Have green tea sitting on the tatami floor and feel a little bit of the simple but rich tradition of Japanese Wabi-sabi.
In the House, find its playful designs and rich materials they use to build it and think over the fact that some of them are a few hundred years old. The house was in use until recently.
In the Garden, they have their own shrine still used in the community. Stones, moss and plants are part of the luxury of the residence. 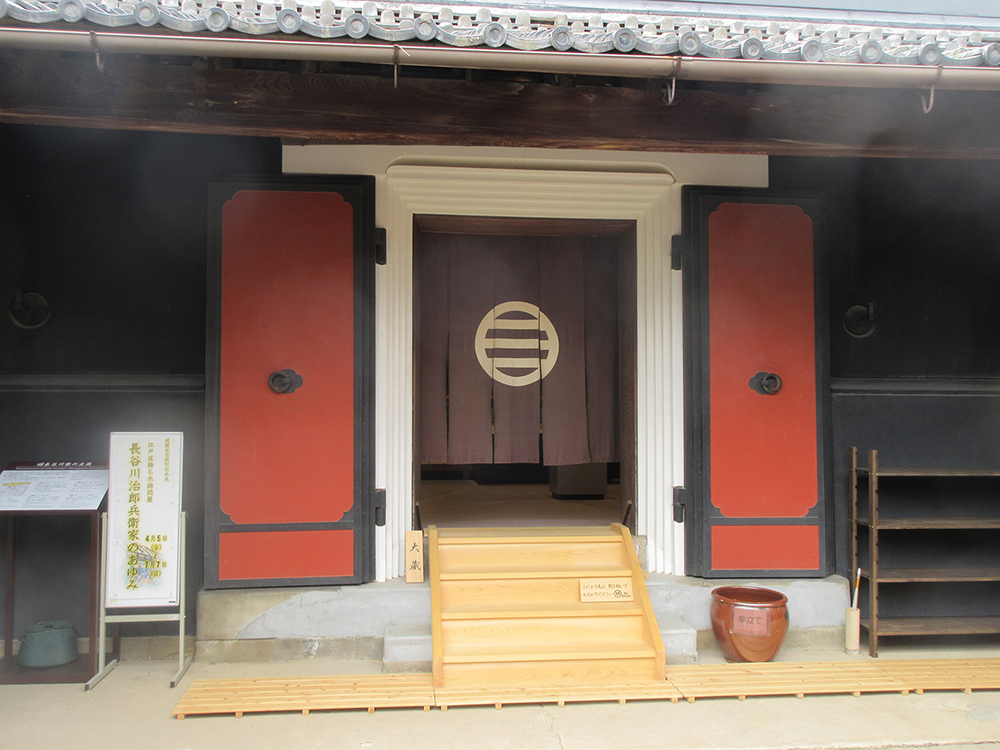 Kura is a building used for storage, safe, barn or stack. The Hasegawa’s has 5 kura and they used to store antiques and artifacts, rice, assets and its books, daily goods, and documents and books respectively. Now they have exhibitions in one of the kura. You can see how they treasured daily life and tradition in the exhibition. The doors for kura are fireproof, which have never been used as this residence has never experience a single fire since it was built a few centuries ago. 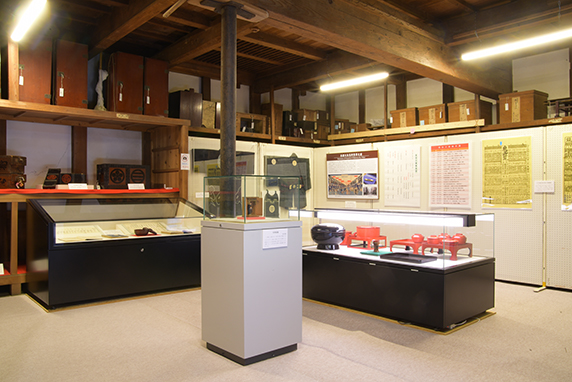 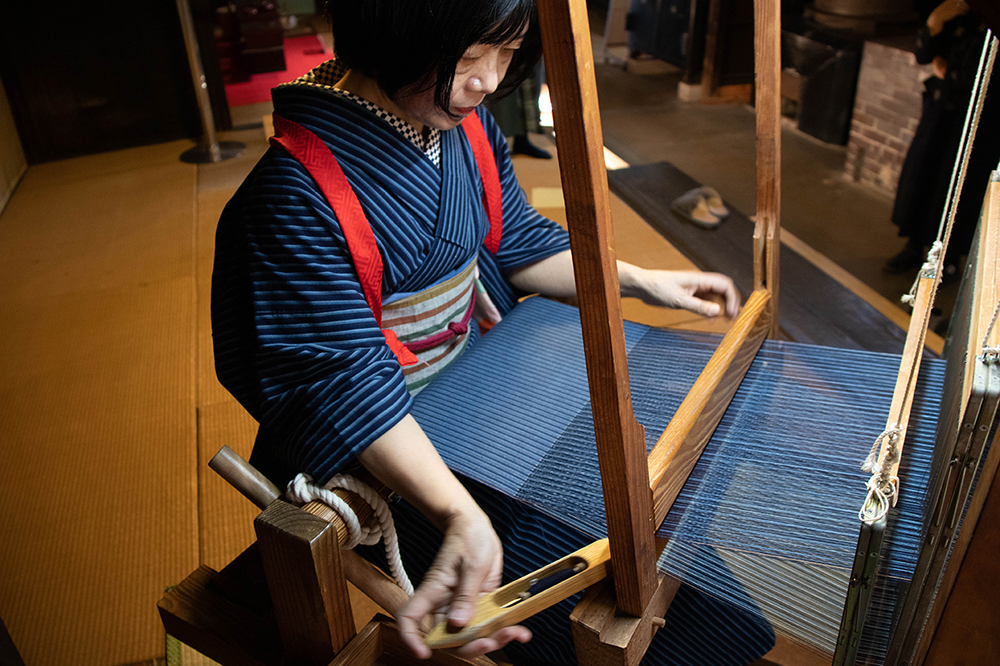 Matsusaka Momen – cotton textile woven by women in Matsusaka – was the product the Hasegawa first made their fortune by. With its abundance of strip variations on the base of indigo blue , Matsusaka momen was considered stylish and fashionable in Edo at that time. People in Matsusaka now try hard to pass the skills of weaving onto generations to come. Now, you can try weaving inside the Hasegawa Residence (Friday to Sunday) and also can buy many gifts made of Matsusaka Momen at shops in town. 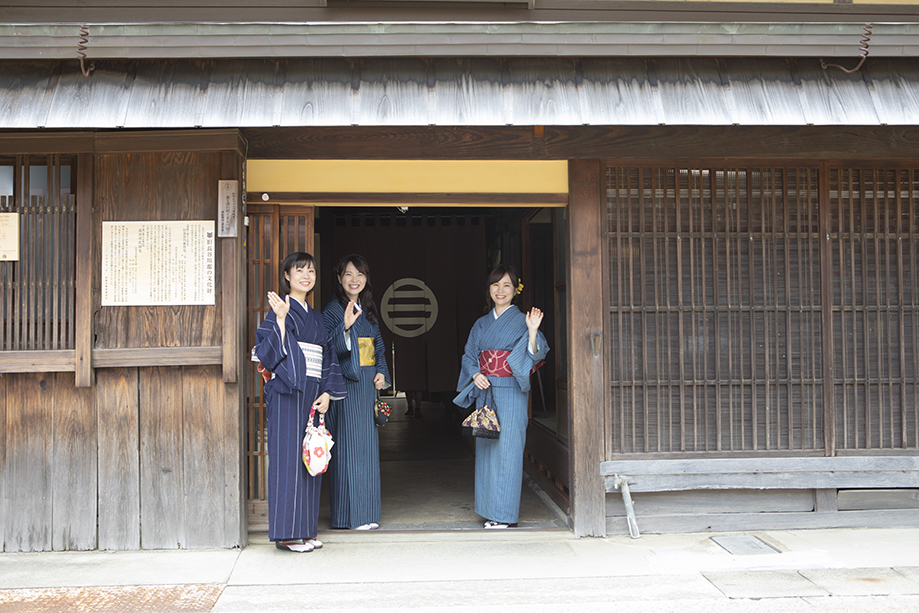 To know more about Matsusaka Merchants and Samurai in Matsusaka, you can visit these sites in ten minutes on foot.
Former Ozu Residence - The residence of a wealthy merchant of Japanese traditional “Washi” paper .
Former Residence of Harada Jiro – A house of a Samurai whose son became a businessman